Many large corporate customers were horrified to learn of the recent Okta security breach.

Okta says 366 corporate customers, or about 2.5% of its customer base, were impacted by a security breach that allowed hackers to access the company’s internal network. 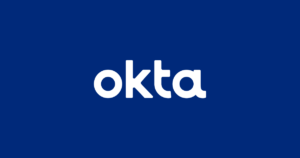 The authentication giant admitted the compromise after the Lapsus$ hacking and extortion group posted screenshots of Okta’s apps and systems on Monday, some two months after the hackers first gained access to its network.

The breach was initially blamed on an unnamed subprocessor that provides customer support services to Okta. In an updated statement on Wednesday, Okta’s chief security officer David Bradbury confirmed the subprocessor is a company called Sykes, which last year was acquired by Miami-based contact center giant Sitel.

Okta has admitted it “made a mistake” by not telling customers sooner about a security breach in January, in which hackers were able to access the laptop of a third-party customer support engineer.

The Lapsus$ hacking group published screenshots of Okta’s systems on March 22, taken from the laptop of a Sitel customer support engineer, which the hackers had remote access to on January 20.

“We want to acknowledge that we made a mistake. Sitel is our service provider for which we are ultimately responsible. In January, we did not know the extent of the Sitel issue – only that we detected and prevented an account takeover attempt and that Sitel had retained a third party forensic firm to investigate. At that time, we didn’t recognize that there was a risk to Okta and our customers

We use cookies on our website to give you the most relevant experience by remembering your preferences and repeat visits. By clicking “Accept All”, you consent to the use of ALL the cookies. However, you may visit "Cookie Settings" to provide a controlled consent.
Cookie SettingsAccept All
Manage consent

This website uses cookies to improve your experience while you navigate through the website. Out of these, the cookies that are categorized as necessary are stored on your browser as they are essential for the working of basic functionalities of the website. We also use third-party cookies that help us analyze and understand how you use this website. These cookies will be stored in your browser only with your consent. You also have the option to opt-out of these cookies. But opting out of some of these cookies may affect your browsing experience.
Necessary Always Enabled
Necessary cookies are absolutely essential for the website to function properly. These cookies ensure basic functionalities and security features of the website, anonymously.
Functional
Functional cookies help to perform certain functionalities like sharing the content of the website on social media platforms, collect feedbacks, and other third-party features.
Performance
Performance cookies are used to understand and analyze the key performance indexes of the website which helps in delivering a better user experience for the visitors.
Analytics
Analytical cookies are used to understand how visitors interact with the website. These cookies help provide information on metrics the number of visitors, bounce rate, traffic source, etc.
Advertisement
Advertisement cookies are used to provide visitors with relevant ads and marketing campaigns. These cookies track visitors across websites and collect information to provide customized ads.
Others
Other uncategorized cookies are those that are being analyzed and have not been classified into a category as yet.
SAVE & ACCEPT